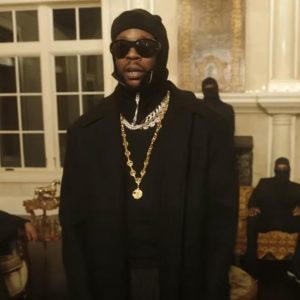 2 Chainz recently announced that his next album, “Dope Don’t Sell Itself,” will arrive this month.

Get ready for a new 2 Chainz album because the Georgia rapper recently revealed that he’s delivering Dope Don’t Sell Itself sometime this month. He’s kept the arrival date close to the chest, but 2 Chainz was thrilled to reveal that on Friday (January 7), he would be releasing his collaboration with 42 Dugg. Right on time, Tity Boy has shared “Million Dollars worth of Game.”LilJuMadeDaBeat holds down production as Atlanta and Detroit collide. The single also arrives with a music video where the rappers are seen lounging in a mansion as they’re surrounded by beautiful women.

“Hey you how you been !?, Its been a minute I know ,but im back with something new and exotic,” 2 Chainz wrote on social media. “You know I ain’t been around this long with out being a thinker and a constant student & teacher of the game my album ‘ DOPE DONT SELL ITSELF ‘ drops this month and single drops this week Sincerely Yours , Two Tone Toni.”

Stream “Million Dollars Worth of Game” and let us know what you think.

They say it’s on sight, then I guess it’s on sight then
First couple of shows, the F&N was hype man
Way before the PJ I had a flight plan (Plan)
Goat with me, shake his hand, that’s my right hand
A hoe’ll f*ck your homeboy out of spite, man