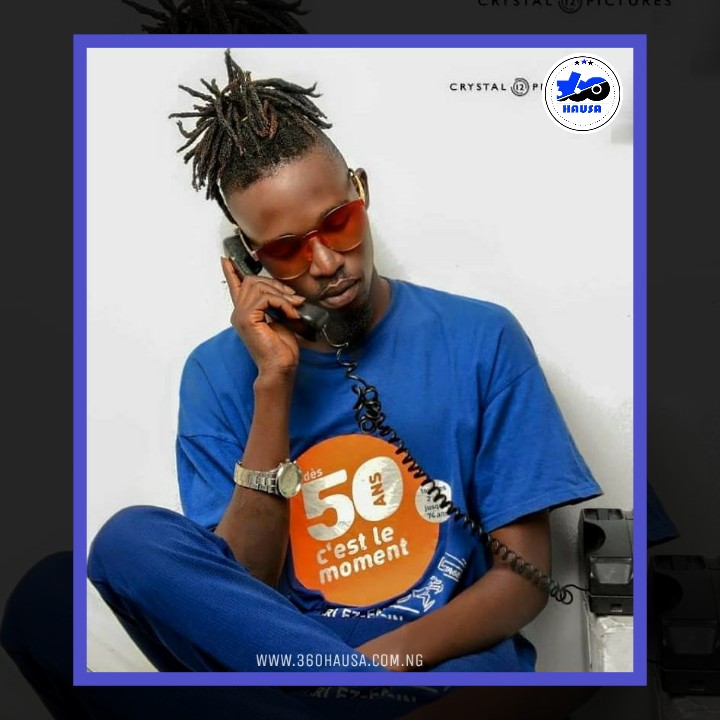 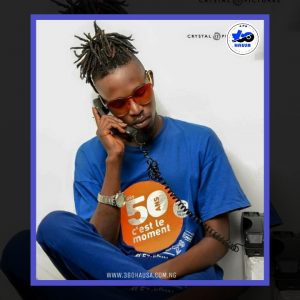 3HIQ: Did You know Mickey is the first Arewa artist to feature a Grammy Winner (Burna Boy) ?

Arewa New Giant King “Mickey Deviper”, emerged as the first and only Arewa artist to featured a Grammy Winner. Indeed it worth pride for For the performing Arewa Rapper but his humbleness will never fade.

Mickey Deviper is the only Artist in the Northern Nigeria to set this wonderful record. In 2019 Mickey Deviper Collaborated with Giant of Africa in one banger title ” En Mata”.

Despite the fact Arewa Got Unbelievable Talented artists that are shining but this record came unexpectedly from this Multi-Talented Artist.

But what Did You Think about this brand good record set by Adamawa indigenous Rapper and Songwriter ? 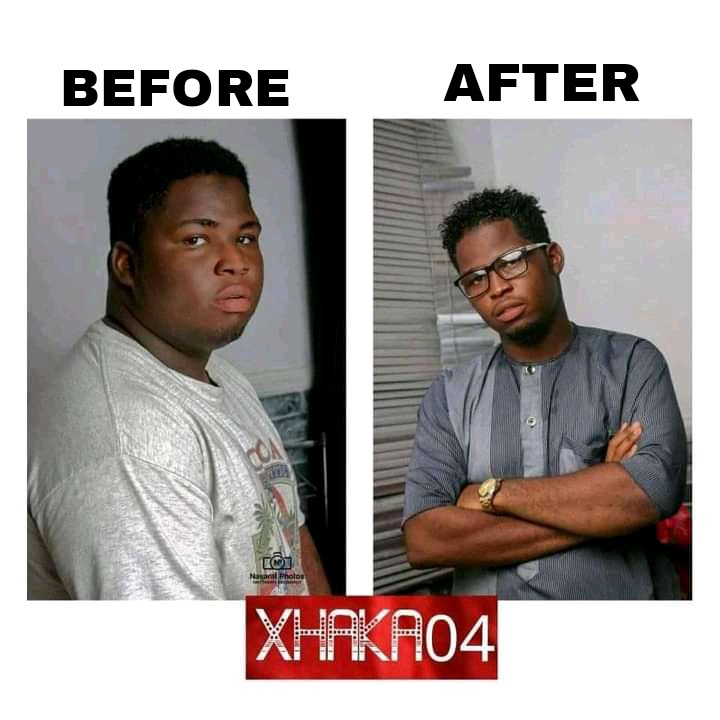 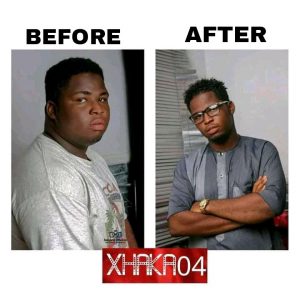 Is now turning to SLIM SHADY, and this many of his Fans talk, and argued frequently.

As one of them posted:

This got many people comment thief opinions, some we grabbed. 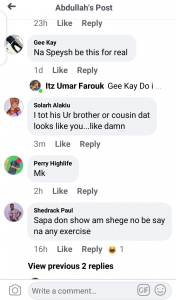 Before expressing your opinion about this issue, Listen to his latest song Below.

Now you have Enough proof to talk, What you to say ? Is it Buhariyya or Exercise. 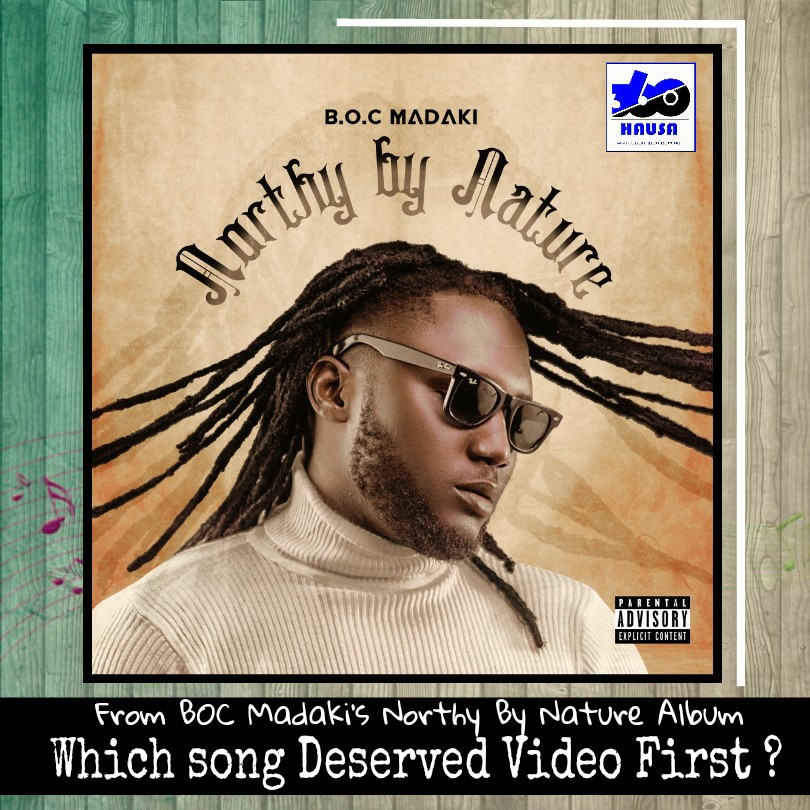 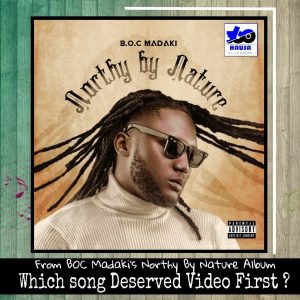 BOC Madaki is one the top Hausa Hip Hop artist, and Lyrical Monster. “Northy By Nature Album” is one of the manifestation of his greatness. Boc Madaki is the best Arewa Hip Hop artist base on release, and indeed this means a lot.

Northy By Nature is one of his Dope projects ever, and it carried 14 good songs with collaboration only on 5 tracks.

The project attract many music experts to positively comment about it, and indeed it bring more respect to Northern Hip Hop.

Northy By Nature is a solemn offering of societal viewpoints from a personal perspective. At the end of the album, Madaki addresses the loss of his father on ‘Wasika Zuma Sama’.

The track also ends a cycle of emotive topical conversations. On the two tracks before ‘Wasika Zuma Sama,’ Madaki addresses the varying uses of social media amongst young Nigerians.

On ‘The DM,’ he paints a picture of how Nigerians try to start relationships via social media messaging features. On ‘Up A Notch,’ he also discusses the many psychological downsides of social media as well as his determination to succeed.

He discusses life’s struggles on ‘Nera,’ love on ‘Exchange’ and his aspirations on ‘Akwai Issues.’

He is also not afraid to say profound, thought-provoking things. On ‘Akwai Issues,’ he discusses Black Lives Matter protests thus, “A lot of things pissing me off just like my bladder, xenophobic people protesting black lives matter. Hypocrites and double standards are irritating. The world is infected by hate and only love can disinfect it.”

While the project might now seem socio-politically charged, it’s not all ‘conscious.’ On ‘Dan Gaye,’ he engages bragaddocio and even calls himself a ‘fresh boy.’

On ‘Sani Bello,’ he uses retired Nigerian Army colonel and administrator, Colonel Sani Bello as his ideal definition of success. He wants to live like and make it big like Sani Bello, who became a wealthy businessman after his stint in the Nigerian Army.

Aiding the album is a slew of carefully-curated beats and impeccable track sequencing which gives this album an enjoyable creative balance. On the negative side, the album feels a little too long at 57 minutes.

Which song Did you think Deserved The Video First ??? 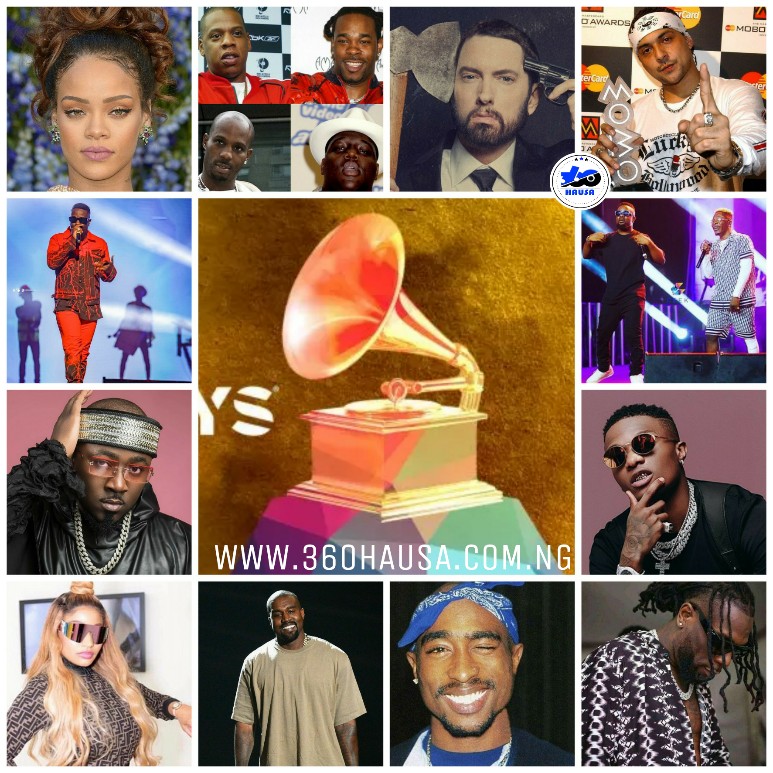 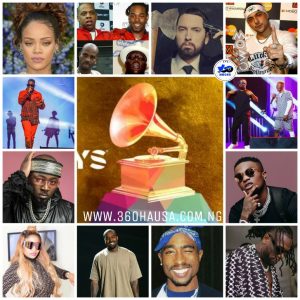 Grammy Award is most prestigious Award in the world of music. It get to our attention that many artists have that dream of winning Grammys. Some did, and some never. But it’s important to know that Grammy doesn’t defined artist and there are many world stars that never won Grammy.

“Grammy voters have a history of leaving beloved musicians empty-handed. For myriad reasons, many iconic artists have never won a competitive Grammy (though some have been honored with make-good lifetime achievement awards from the Recording Academy).”

“Top artists who have never won a Grammy, including Jimi Hendrix, Snoop Dogg and Katy Perry.”

Our Research(Best Life Online) Shows that many greatest of this world of music never won Grammy, For Example:

Indeed it worth wonder to Know that “NICKI MINAJ” never Win Grammy in her life. 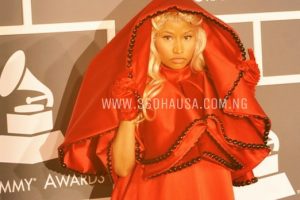 But 360Hausa Research dig out that she got 10 Nominations. But a very recent Rapper “Cardi B” Got 1.

Joyner Lucas Expressed that in Lucky you Feat. Eminem.

F#ck the system, I’m that nigga, bend the law, cut the rules

I’m about to risk it all, I ain’t got too much to lose

Y’all been eatin’ long enough, it’s my turn to cut the food

Pass the plate! Where my drink? This my day, lucky you. “

” Tell the Grammys to go and f#ck themselves

So they nominate ’em, get ’em there, get a name to MC the show

Every parasite needs a host (haha)

Then give Album of the Year to somebody that no one’s ever even heard of. “

Future said this in his lyrics two:

“you know what I’m sayin’

Did he win the grammy? God damn

This nigga turnt the fuck up.”

” I’m a man I gotta take care of my family

Fighting these pressures in my life

I know my mind should be on shining and getting Grammy’s.”

Yo Gotti in “Imagine Dat Lyrics” Released on 2016 Said:

“They gave awards to the real niggas

They gave Grammys to the drug dealers

My life a movie where the Oscar

Geto Boys in 1991 said This in We can’t be stopped Lyrics:

“Who gives a f#ck about a God damn grammy?”

Yo, Flav, I give a f#ck about a God damn grammy

But them motherf#ckin hoes won’t hand me one.”

This is Few From Many Worldwide artists that are referencing and expressing Thier thought about Grammy Award. Base on the above review, You can confidently say Many love it but many blame the system.

Even “Eminem” That Won Many Grammys Criticized the System for Nominating and awarding those that Don’t Deserved.

Not only Eminem, Even “Geto Boys” The Old school Artists Blame and criticized it.