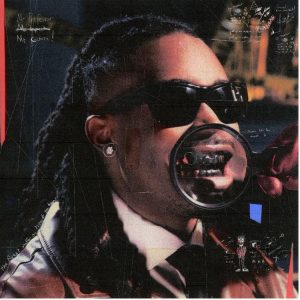 It’s been just over a year since Cochise released his debut studio album Benbow Crescent. Since then, the 24-year-old has released a number of singles including “Pocket Pocket” and “Tell Em” featuring $NOT. Today, Cochise returns with his second studio album under Columbia Records, TheInspection. The album includes both his 2022 releases, “Do It Again” and “Turn It Up,” with features Chief Keef, Young Nudy, Sam Wise, BlaseYL, and Mally.

Cochise produced or co-produced a majority of the songs on the album. He admitted to listening to a lot of music during the process of creating the album.

“I was listening to a lot of music, well-constructed albums, albums that have a meaning to them and realized that I wanted to take my music to a serious level. Rather than making music anyone can listen to or filler music, I wanted to make real music, something people would recognize and consume” said Cochise in a press release.

Since his rise to fame, Cochise’s sound has always been distinctive to him and he stays true to that while elevating with the release of TheInspection.