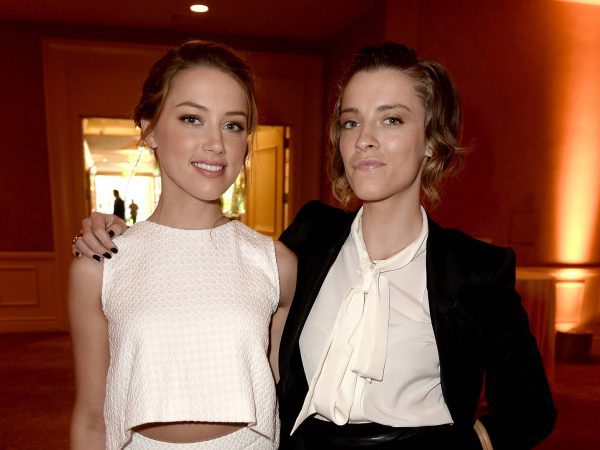 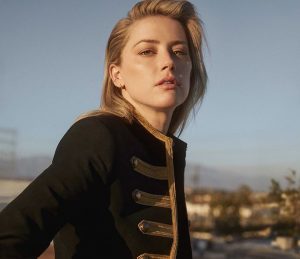 Amber Heard Rumored To Be Completely Removed From “Aquaman 2” After Johnny Depp Trial.

Amber Heard is rumored to be completely removed from Aquaman and the Lost Kingdom following the recent verdict in her defamation case with Johnny Depp. Her ex-husband was awarded $15 million stemming from comments Heard made in an op-ed published in the Washington Post.

According to Hypebeast, the rumor stems from reliable insider KC Walsh who claims that Warner Bros. will delete all of the actress’ scenes in the upcoming picture. The decision was allegedly made by higher-ups at the studio during a meeting after the verdict.

One theory is that the writers will have her character, Mera, suffer an off-screen death during childbirth.

Walter Hamada, president of DC Films at Warner Bros., has previously said that the studio had decided to reduce Heard’s role, but that it was made before her trial with Johnny Depp.

“The size of the role in the film that she had was determined in the early development of the script, which would be in 2018,” he said in a pre-recorded deposition from March. “The character’s involvement in the story was sort of what it was from the beginning. From the early stages of the development of the script, the movie was built around the character of Arthur [Momoa] and the character of Orm [Patrick Wilson].”

Heard, on the other hand, claims that she saw multiple versions of the script, and in the newer versions, the studio “removed a bunch [of her scenes].”

Aquaman and the Lost Kingdom is scheduled to hit theaters on March 17, 2023.

African Music Stars Tipped For Big Things In 2022 And Beyond African Music Stars Tipped For Big Things In 2022 And Beyond.

African music is on the up globally, from artists like Burna Boy, whose music is described as afro-fusion, a genre that blends afrobeats, dancehall, reggae, American rap and R&B, to other popular options at the moment, such as Mavin. On the whole, music from the continent of Africa is booming.

One of the main reasons why this type of music is thriving in a number of foreign territories is due to the exposure platforms like Spotify provide to the genre. Thanks to the emergence of sophisticated smartphones, people aren’t just updating social media statuses and accessing a real money online casino Canada platform for gaming. Alongside this, they’re able to search through an extensive catalog of tracks and access some of Africa’s finest artists. Artists like the before mentioned Burna Boy have registered big success in countries such as America and the UK also, therefore helping to shine more of a light on this growing music scene in the process.

In 2022 and beyond, a number of African music stars are being tipped to follow in Burna Boy’s footsteps and further elevate African music. While there are plenty of talented individuals who deserve a place on the list, let’s assess five names in the frame below.

Offering a soothing R&B sound through a number of memorable tunes, Elaine is South Africa’s rising star. The 21-year-old has a golden voice that is capable of winning over the most diehard of R&B fans, especially thanks to popular releases like ‘You’re the One’. Elaine’s growth was perhaps best summed up when US label, Columbia, snapped her up in 2021. Her hypnotic voice is expected to gain further exposure in the coming months.

A music-maker with plenty of talent, Omah Lay is a Nigerian singer and songwriter who managed to hit the mainstream after the release of his song, ‘Bad Influence’. A silky smooth voice with a welcome dose of afrobeats, afrofusion, and soul, Omah Lay is an artist who could easily become a global name in the near future. With a dedicated and loyal fanbase behind him, Lay’s appeal could spread to new audiences soon.

Sha Sha provides a soulful sound that is capable of relaxing you during the most stressful of days. Her strong voice particularly shines on amapiano sounds, something that enables the Zimbabwean-born South African singer from Mutare to stand out from the crowd. In 2020, she was named as one of the top 10 most streamed female artists on Spotify in South Africa. Last year, she also won Best New International Act at the BET Awards. Sha Sha is definitely an artist to keep an eye on.

A name Nigerian music fans have been raving about for a while now, Ayra Starr is one of Nigeria’s shining lights. Offering an abundance of charm and attitude, the 19-year-old singer has grown from a social media creator to a recognized artist, especially when she signed to Mavin Records in 2020 after Don Jazzy discovered her on Instagram. Since then, Ayra Starr hasn’t looked back, with ‘Bloody Samaritan’ and ‘19 & Dangerous’ being worthy of a listen if you haven’t done so already. Ayra Starr is certainly one to watch in 2022 and beyond.

While KiDi’s sound might not appeal to everyone, there is no doubting that his name is certainly spreading. The talented artist from Ghana rose to prominence after winning Album of the Year at the 2020 Ghana Music Awards. Offering afrobeats and highlife to create a feast for the ears, KiDi’s excellence is evident. Even American singer, Teddy Riley, has worked with the Ghanian artist.