After a very recent release of his Trending Album ” MADE IN LAGOS “. Wizkid started Working on New Album.

Nigerian music icon Ayodeji Balogun better known as Wizkid spoke with This Day Sunday Edition and revealed that he is already recording a new album.

The Starboy like he is fondly called discussed family, his involvement in the EndSars Movement and future prospects.

It has only been about three months since the singer dropped ‘Made In Lagos’ album but he is already gearing up for a new album. This what Wizkid said about his next project.

It’s barely been three months into the launch of your latest album, and you have already started teasing about another album drop on social media. How soon can we expect that to become a reality?

‘Yes 100% it’s going to drop when it’s ready. But you see that’s the almighty question – when is it gonna be ready? (Laughs). I record every day you know, so I got a lot of music and I’m ready to give my fans more music. It’ll definitely drop once it’s ready.’

The ‘Essence’ crooner reminisced about working with Beyonce on her 2019 album ‘The Lion King: The Gift’ and he said the following.

‘Working with Beyoncé was a blessing. I like that song in particular just because of how it makes people feel, especially women of colour. That’s what making music is all about to me, it’s the feeling. So, when I work with fellow artistes, I’m not so much concerned about industry cred…’

Wizkid shared why he doesn’t get to reply to controversies surrounding him.

‘It’s very easy. Only a stupid man will go around trying to prove a point to the world and even at that, you’ll find that you can’t please everyone, that you cannot live off of people’s opinions. I think once you understand yourself and your true essence, nothing will faze you, people’s opinions won’t faze you. I’m just more of a private person, and I handle situations in that manner.’

On the recent EndSars Protests, the Starboy explained why he decided to use his platform to speak against police brutality.

‘It’s just because it’s something that affects everyone, it affects all of us. If you’re Nigerian and you’re young, it’s either you’ve suffered a police brutality experience or witnessed someone being harassed by the police. Harassment by the police is something that I went through growing up at times, and to think that my son may experience the same thing is terrible. The #EndSARS movement is a beautiful thing to see in the sense that our generation, the Nigerian youth, are coming together to make our home a better place. That’s real love and that’s the real energy that’s going to go a long way in changing things in our country. So, it was important for me to play my part and speak about the things that really affect us as humans and as Nigerians.’ Wizkid Breaks Record As Billboard Announces Him The Longest Charting … 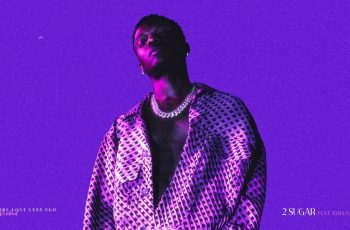 “Tems Is Angry Because Wizkid Sang With Ayra Starr”- Reactions …