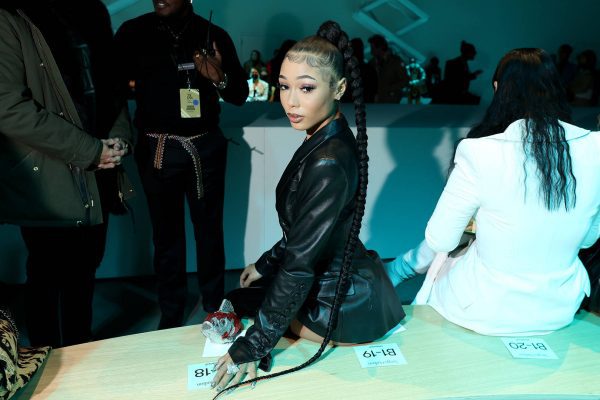 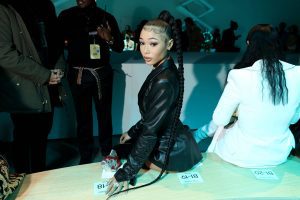 Something may be going on between Coi Leray and B-Lovee. The two have been performing together for a few weeks as part of Leray’s “Trendsetter Tour.” They also released the single “Demon” together, with Coi Leray delivering a luxurious hook to contrast with B-Lovee’s signature raspy flow.

Now, rumors are spreading that Leray and Lovee’s relationship might be more than just professional. The two were seen leaving a video set together at about 4 AM after people around them claimed to have witnessed some flirting between them.

It’s already been a big week for Leray. Just a couple days ago, she got her braces removed, and she showed off her new smile on Instagram. This came after she joked that her doll looked like a Travis Scott mashup. She’s been riding high after her big album drop in April. The record, Trendsetter, boasted big names, including Nicki Minaj, BLEU, Fivio Foreign, Young M.A., G Herbo, H.E.R., and Polo G. She hasn’t stopped to catch her breath, having released two singles, “Demon” and “The One,” since releasing the album.

B-Lovee’s been busy too. He also dropped a project in April, the 8 song Misunderstood, which included “Need You (Last Strike)” and “All In.” It included a collab with A Boogie wit da Hoodie. He’s been dropping a few singles as well, teaming up with Charlie Sloth on “Fire in the Booth, Pt. 1.”

Check out the video of Coi Leray and B-Lovee leaving set together below. What do you think- is this the real deal?

Advertisement
.
Related Topics:B-LoveeCoi Leray
Up Next

Halle Berry Shows Off At The Beach For National Rosé Day