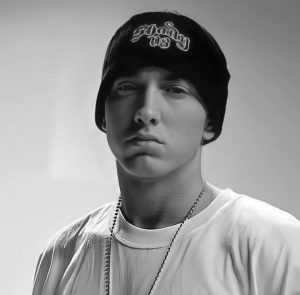 Eminem has shared the tracklist for his highly-anticipated second greatest hits collection, Curtain Call 2, which is due out later this month. Included on the project are many of the Detroit rapper’s most popular songs such as, “Love The Way You Lie,” “The Monster,” and “Not Afraid.”

Eminem made the announcement in a post on his social media pages on Tuesday, sharing the full 16 songs in an animated video. The album features music from all of Eminem’s projects from 2009’s Relapse forward, including side projects, guest appearances, and film soundtracks.

The tracklist announcement comes a day after Eminem shared a previously unreleased music video for his single, “Crack A Bottle,” featuring 50 Cent and Dr. Dre.

In addition to the album, Eminem is selling arcade-themed t-shirts, CD box sets, cassette tapes, and autographed orange vinyl on his website.

Curtain Call 2 is scheduled for release on Friday, August 5. The collection will have its work cut out for it to compete with its predecessor, which remains one of the most successful rap albums in Billboard history.

Check out the full tracklist for Curtain Call 2 below.