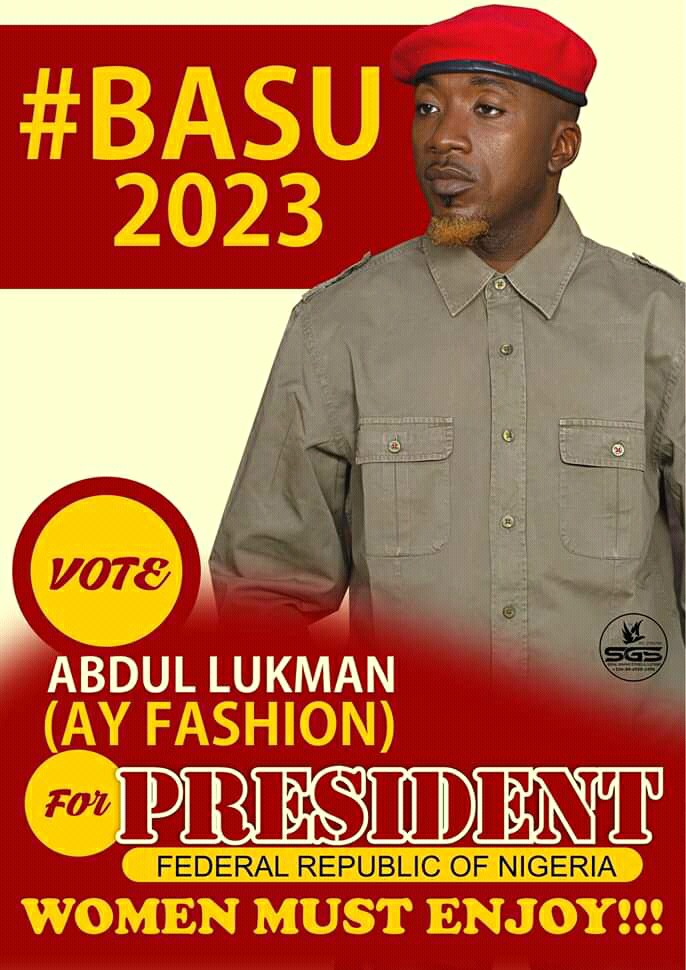 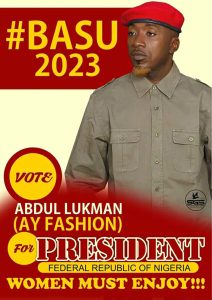 If you can remember in the very recent election of “USA”, Kanye West (American Rapper) Contested, therefore, it’s not a new phenomenon for a musician to dive into politics.

As AY Fashion campaigning, He said ” Women Will Enjoy when he Won. 360Hausa Will surely interview him about this interest but before that You can Share With us your Opinions.

The union embarked on industrial actions while demanding improved welfare packages, better working conditions and implementation of various labour agreements signed with the Federal Government between 2009 and 2020.

The national leaders of ASUU and JAC of SSANU and NASU, Prof Emmanuel Osodeke and Mr Mohammed Ibrahim, respectively told our correspondent that the Federal Government and all stakeholders in the education sector and religious leaders had a meeting with the four unions but no strong agreements were reached.

The Minister of Labour and Employment, Senator Chris Ngige, was quoted in a report at the weekend as saying, “We had a cordial and fruitful discussion; we looked at the issues dispassionately and reached some agreements, to the satisfaction of everybody in attendance.”

But Osodeke said Ngige’s claim after the meeting that the unions would call off the ongoing strike this week was a political statement.

He said, “We are not aware that we are calling off the strike. We met but there was nothing concrete between us and the government. Like we said before, we do not want promises, we want actions, if they show action and implement all the issues, we will go to our members, but knowing their antecedents, we know they will not do anything.

“They promised us since December 2020 and it is going to a year and a half, they have not done anything. We are waiting for them.

“As far as we are concerned, only when they sign our agreements, accept UTAS, release EAA and revitalisation funds will we call the strikes off.”

Emmanuel added that the major progress he could point at during the meeting was the ordering of the National Information Technology Development Agency, by the presidency who was represented by the Chief of Staff to the President and Chairman of the meeting, Prof. Ibrahim Gambari, to subject the three payment solutions; Integrated Payroll and Personnel information system , University Transparency and Accountability Solution and University Peculiar Payroll Payment System, to integrity test and submit in three weeks.