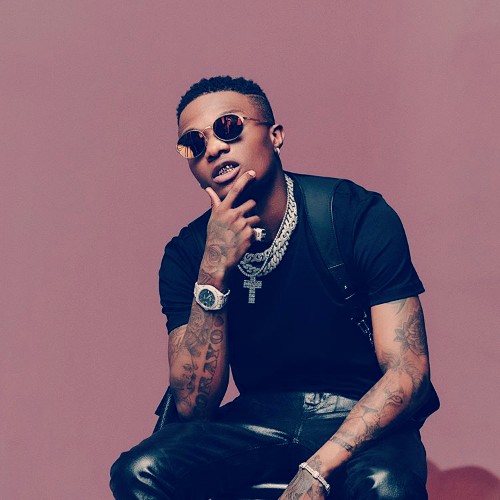 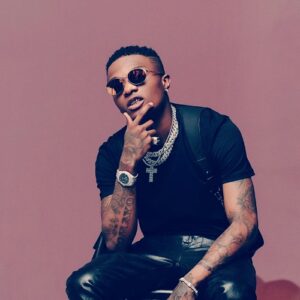 Ayodeji Ibrahim Balogun, known professionally as Wizkid, is a Nigerian singer and songwriter. He began recording music at the age of 11.

Below are some unbelievable records broken by The Greatest Wizkid.

1. Wizkid was the youngest Nigeria artist to win African artist of the year at 2011 mobo award. He did this 2 years after his break through to the music industry

2. Wizkid was also the youngest Nigeria artist to win African artist of the year at 2012 bet award ceremony

4. Wizkid *Ayo* album remain the best selling album on Nigeria Itune chart till date. It has been on top 10 since it was released 6 years ago

5. Wizkid’s Azonto was ranked as the 8th biggest foreign summer song in USA in 2013 by former US social news website, FeedBuzz (competitor of BuzzFeed then).

Man was for years

6. Wizkid’s Azonto was ranked 3rd, on Top 8 Non-American Summer Songs of 2013. He was the only African on the list that

7. Dj Abrantee insisted he must book WIZKID as 1 of the headliners,of the 1st ever Afrobeats Festival which happened in London,on Aug. 28, 2011,after watching him Shutdown Fabolous concert in Ghana, April 2011. WIZKID has been Afrobeats global poster boy since 2011 respect the

8. In 2012,CNN/ DJ Abrantee hinted that,Wizkid was on the verge of a Worldwide Explosion.

Wizkid top the CNN list of african artist pushing the music scene worldwide ahead of legends dbang, psqr nco. This is fucking 2012

9. BBC 1xtra Live O2 Academy, London 2012.Peep how King Wizkid was announced to the London audience.Roughly a year after your debut album, you were already an international headliner with the likes of Kendrick Lamar, Tray song. your type of greatness is rare & inspiring

11. In 2013 He became the youngest African to perform at Wireless Festival,London With Jay-Z, Snoop & Co.Same 2013-5th Of Top 10 Forbes Most Bankable Artists In Africa & the youngest on the list(23yrs) Unstoppable

12. “Sounds From the Other Side” (2017) by wizkid was the first project by a Nigerian artist to appear on the Billboard 200 since King Sunny Ade’s 1983 release, “Syncro System”.

13. “Sounds From the Other Side” Records:

• # The project landed on a total of 14 global charts.

unarguibly one or two of the most successful commercial album ever

Wizkid became the first African artist to become a nominee and winner at the ceremony.

16. Wizkid received 7 nominations at the 2017 Billboard Music Awards, making him the first African artist to become a nominee at the ceremony.

17.Wizkid is the first Afro-pop artiste to appear in the Guinness Book of World Records. This is as a result of his contribution to ‘One Dance’, which topped several charts worldwide.

18. In 2018, Wizkid became the first African -based artiste to sell out 02 arena, earning a spot on a stage that had been graced by the likes of Drake, Beyonce and Adele an so on….

He sell out the arena in 2019, becoming the only African artist to do it twice

19. February: Wizkid was presented with a plaque from the American Society of Composers, Authors, and Publishers (ASCAP) for his contribution to “One Dance”

He’s the first African artist to have won

20. In 2016, Wizkid won MTV worldwide act making him the only African artist to have achieve this. He has a total of 6 nomination. Won 1 African aoty and one world wide act

He joins Mariam Makeba (1967) as the only African artists to achieve this.

22. The official music video for “Come Closer” received 1 million views in 20 hours. It became the first and fastest music video by a Nigerian artist to do so

He was nominated 4 times and won 2 out of them

25. Wizkid remain the first Afrobeat artist to have

27. Come closer by wizkid is the biggest & most successfull Afrobeat song

28. June 18: “Come Closer” reached its peak at #21 on United States Urban Radio. It received a total of 1,412 plays and amassed a listening audience of 7,990,000. It’s also the first afrobeat song to receive certification from UK and Canada

29. In 2016 Wizkid won four awards at mama award in South African. Making him the most awarded Afrobeat artist. Tho the award isn’t taking place anymore

30. Wizkid is the first Afrobeat artist to win Soul Train award. He was nominated twice. One of them was in 2017 courtesy of come closer, the other one was brownskingirl.

31. Wizkid ayo balogun also remain the only African artist to have won Naacp award courtesy of his smooth delivery on brownskingirl

32. In 2017 and 2018 wizkid received an award for the most played artist across Nigeria radio stations. Double, now let go for hatrick

33. In 2017, Wizkid became the 63rd most streamed artist on Spotify in the world and the first African-based artist to hit 100,000 followers on Spotify.. This was were it all started

34. In 2017, The NY Times called Wizkid a “lasting international pop-cultural ambassador” pushing Afrobeat world wide. That was after his performance at Red Bull academy in London

35. “One Dance” won an ECHO Music Prize for “Song of the Year”, making Wizkid the first African artist to win an award at the ceremony. The ECHO Awards is held by an association of recording companies in Germany to recognize outstanding achievement in the music industry.

36. In 2013 wizkid signed an endorsement deal with MTN worth N45 million per year,

37. In 2012 Wizkid signed an endorsement deal with pepsi worth $350,000 per year making him the highest paid pepsi ambassador. Now imagine how much he’s being paid now

38. In 2014 Wizkid signed an endorsement deal Hennessy making him their ambassador.

NP: No idea how much the deal worth then. And am not sure if he’s with this brand anymore

39. In 2015 wizkid signed an endorsement deal with GLO making him their ambassador. The deal was reported to worth N128 million / year

40. In 2018, wizkid was signed as a global Ciroc ambassador. He has his own flavour already. Hence no idea on how much the deal is worth. But it a huge one. Ciroc is life

41. In 2019 wizkid signed the biggest deal ever by an African artist with UBA, making him their first global ambassador. The deal is reported to worth $5m (#1.9b)

42. In 2020 Tecno signed wizkid as their bran ambassador. No idea on how much the deal is worth.

43. In 2019 he was signed by Stormmodel. Forbes rate them as the top 5 modeling agency in the world.

“He has become a superstar in the African music scene and will be a game-changer in bringing African music to the world.” — RCA Records chairman and CEO, Peter Edge

47. Wizkid added another award to his discography by winning *BET HER AWARD* as a lead artist alongside queen beyonce. He’s the only Afrobeat artist to have achieve this.

As we await the records ‘Made In Lagos’ is about to break….let’s keep praying for wiz

Ent.NEWS: You will always be the worst at something the first time you do it – Kheengz unfolded