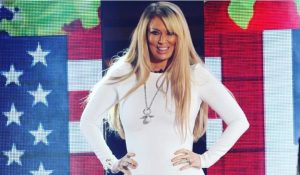 Jenna Jameson is undergoing treatment for Guillain-Barré syndrome after losing the ability to walk.

Legendary adult film actress Jenna Jameson has been diagnosed with Guillain-Barré syndrome, according to a couple of posts on her Instagram page. The 47-year-old model revealed to her followers that she lost the ability to walk and was hospitalized in Hawaii, where she is presently undergoing treatment.

Jameson’s partner, Lior Bitton, uploaded a video to her account speaking about her recent health issues, claiming that she had been throwing up for weeks and was hospitalized before returning home from Hawaii. When she got home, she could not carry herself and needed help getting to and from the bathroom. Bitton says that multiple times, her knees would buckle and she could not carry her bodyweight. She returned to the hospital in Hawaii, where she was diagnosed with Guillain-Barré syndrome, which she mispronounced twice in her video.

According to the CDC, Guillain-Barré syndrome is a rare, autoimmune disorder in which a person’s immune system works against them and damages the nerves, which can cause muscle weakness and paralysis.

“I am in the hospital and will likely remain here until treatment is complete. I hope to be out of here soon,” said the former adult film star. “PS I did NOT get the jab or any jab. This is NOT a reaction to the jab. Thank you for your concern,” she clarified.

We will keep you updated as she recovers. Pray for a speedy recovery for Jenna Jameson in the comments.