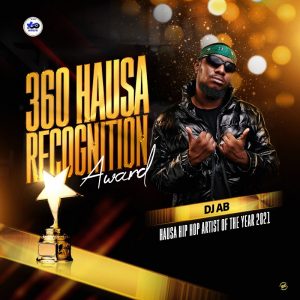 DJ AB is of the smartest artists that never left his free without giving them something to hold on for a while, he gave his good music back to back with a high sense of calculation. Voom Freestyle He started a year with as his project, and then His throwback song “Love Note” With his brother Jigsaw. And then He released his street banger “Lukuti” and it serves as his biggest song in 2021. He then Released an EP titled “SUPA” with to highly respected African artists ( Mr. Eazi & Di’ja) and is indeed a big Move.

Indeed The EP is awesome as it contains different styles and genres, and this indeed helped in making the project trend well in the world. Currently, The EP has a total number of 1.58 Million streams only on Audiomack (checked on 28 Dec. 2021).

Apart from his personal projects, He also Appeared on so many big releases Like “Duk Abunda Zai Faru Ya Faru By Deezell” , Super Story Chapter 4, Trouble By AA Shelleng Etc.

2021 is a year of DJ AB when it comes to Hausa Hip Hop Performance, and He is now an ambassador of Coca-Cola Nigeria and also Appeared in a popular song of Coca-cola Advert by popular Nigerian singer “Mayorkun Of Lagos“.

All these hardworks and wins deserves no silence, That is why we organized this and show a recognition to his excellents hand works and awarded him as Hausa Hip Hop Artist Of The Year 2021.