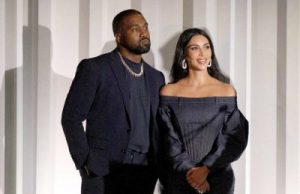 An early version of Travis Scott’s “Skeletons” has leaked online and the demo includes a verse from Kanye West in which the Donda rapper recalls a strange dream he had with Posdnuos of De La Soul.

“I had a dream that I could float/Yeah, I had cracked the code/I was at my grammar school, Vanderpoel/And for some reason Posdnuos was there,” he raps. “And of course the people sent people there to get me/Let off a few shots but none of ’em hit me/The attempted assailants was black but dressed like Remy/They had the AK-47 with the scope on it.”

In the final cut of “Skeletons,” Scott put Tame Impala, The Weeknd, and Pharrell Williams as the featured artists. He also rapped parts of the verse originally written by West. The song was included on the tracklist for Scott’s 2018 album, Astroworld.

“I fucked your ex and sent a text out of respect/It was good sex, honorable mention to the neck/Didn’t ass-to-mouth, that was out of respect/Afterwards passed the towel, I was out of Kleenex/When you take a girl out do you expect sex?/If she take her titties out do she expect checks?/Next visit I gave her a pearl necklace/Next visit think I need a girl naked,” he raps for the lyrics which were later reworked by Scott.

While West has never collaborated with any of the members of De La Soul, he has voiced his support for the legendary group’s fight to get back control of the majority of their music catalog.

Check out West’s original verse from “Skeletons” below.