Hot Music By Baby Stone Gorillas Drop New Song ‘WOP’ 2023 Mp3 Download. 2022 proved to be quite the breakthrough year for the Baby Stone Gorillas. In January, the L.A. rap group dropped their debut self-titled tape, BABYST5XNE GORILLAS. Following the success of their first project, they proceeded to drop two more before the year’s end. Lion Hearted Gorillas came first, which is an eight-song collaborative project with fellow L.A. rapper Zakee. In June, they linked up with producer Gotdamnitdupri for another eight-song offering, GOTDAMNIT BABYSTONES.

Consisting of rappers Top5ivee, P4K, 5Much and EKillaOffDaBlock, each member brings something unique to their street-heavy sound.

On Friday (January 6), they dropped off their newest single, “WOP,” along with an accompanying music video.

The new song and video have a celebratory aura, as they settle into their spot as L.A.’s newest supergroup. They’re flexing the perks of their lifestyle, while simultaneously telling stories of their time spent in the streets.

As the members each take turns sharing verses, their respective personalities shine through their bars. 5Much is responsible for delivering the entertaining hook and melodic outro, but the other three members spit verses of their own. “I’m still on the block baby, I’m in love with toting guns / I been through a lot lately, this the life of a thug / You live fast and die young,” raps Top5ivee in his.

Additionally, the group is gearing up to release a brand new project, The Military. The 23-track mixtape will arrive on streaming services on February 10. Their 2021 song, “Military,” is one of their most successful tracks thus far.

Make sure to stream Baby Stone Gorillas’ “WOP” on either Spotify or SoundCloud below. Comment your thoughts on the new track afterwards. Finally, make sure to stay tuned to 360hausa for all of the latest music releases.

Start doin’ them drugs, back to back, feel like I’m dyin’
Start throwing that sh*t on, mismatchin’, OK, I’m flyin’
Everything I do, it takes patience and it’s timing
Hop up in the coupe without that side and I recline it 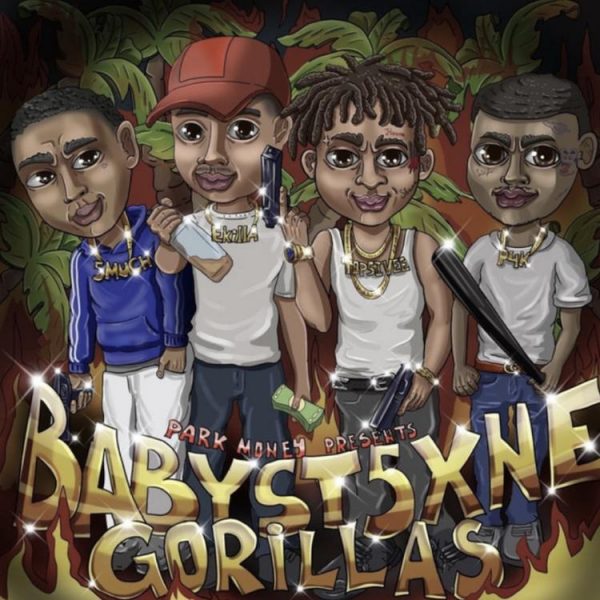