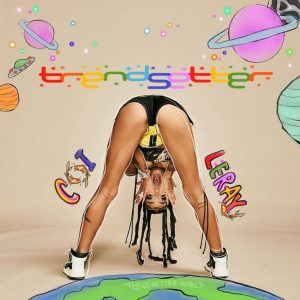 Coi Leray’s highly anticipated album, Trendsetter, just released and consists of a wide load of talent. The project includes features from artists like Yung Bleu, H.E.R, Polo G, and many other esteemed artists. One artist in particular who assisted the 24-year-old in making a bass-thumping track is G-Herbo.

The fifth song on the album, “Thief In The Night” features the Chicago rapper himself.  As the song starts, static mixed with an electric guitar fills the sound waves. From there, listeners hear drums leading up to a sword being removed from its holster followed by a whistle. After this eight second lead up, the two then begin to rap over a beat so trippy that it sounds like it came straight from a video game.

The main gist of the record comes into play in the chorus. It is then that Coi says, “Yeah, my sneaky link, he a thief in the night,” insinuating that her and her partner are keeping the things they do together low-key.

Further along in the second verse, the artists go tit for tat spitting bars off of each other. For reference, after Coi says, “Hood n*gga love when you slide in it. Keep ya diamonds on bae, when you dive in it,” Herb circles back around to say, “Fishpole sh*t, how I line in it. F*ck her right in the back seat, so that’s why I gotta ride tinted.”

Go listen to the record on Apple Music and Spotify now.

I don’t gotta cash out
Herbo got a cash mouth
Baby what that sass ’bout?
Don’t get her way, she lash out