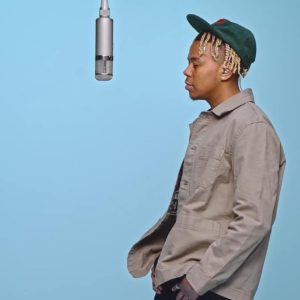 Though “Chronicles” received assistance from the likes of Lil Durk and H.E.R. on the official release, Cordae handles this performance on his own. The track stands as one of his most melodic songs, and his vocals are on full display through the duration of his verse. As with most Colors performances, his approach to the song comes with minor tweaks and changes of lyrics and delivery, but it undoubtedly sounds true to the song’s origin as far as notes go.

The song “Chronicles” also received the visual treatment, getting appearances from the featured H.E.R. and Lil Durk for a somewhat nostalgic video which is incredibly fitting for the track.

As mentioned, Colors is only one of the recent platforms Cordae has had the opportunity to perform on. Recently, he performed on The Tonight Show starring Jimmy Fallon and had an NPR Tiny Desk performance (featuring live ensemble). He’s making it his mission for From A Bird’s Eye View to get the attention he feels it deserves.

I been travelling on this crossroads,
Had to compromise some sh*t and that’s a small toll,
Crazy when we first met, we was lost souls,
But I know, gotta grow