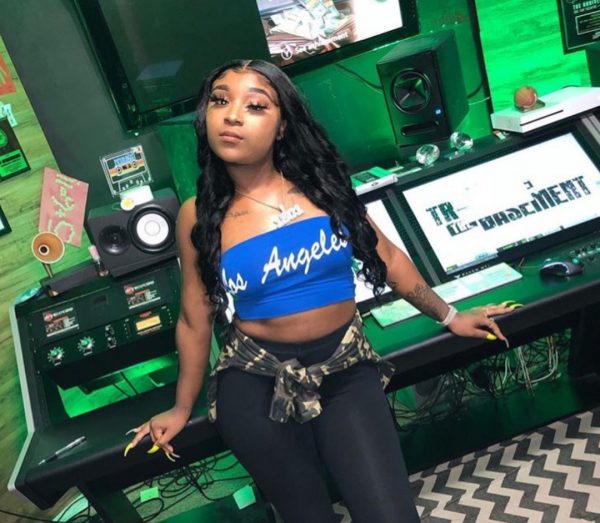 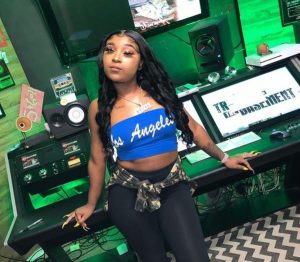 Erica Banks got her claim to fame last year after the release of her single, “Buss It.” The twerk record had thousands participating in the #BussItChallenge on social media, and garnered the 23-year-old a lot of attention. So much so, that she signed with 1501 Entertainment under Warner Records and was nominated for two American Music Awards. Since then, the Dallas native has remained confident in her abilities and continues to give her fans more of what they love– and that seems to be bouncy, turn-up music.

Today, April 22, Banks released her newest single, “Pop Out.” The track starts out with an abundance of energy before Erica begins to recite the catchy hook saying, “All bad h*es pop out.” In the first verse, she gave a shoutout to 47-year-old rapper, Nelly, being that it was his “Hot In Herre” beat sampled in her viral “Buss It” track. She raps, “Hot off in the club, clothes off I’m Nelly.”

From there, Banks continues to spit bars and hone in on the song’s message. Essentially, this single talks about confident women who get money and love themselves. She also makes it known that she’s the life of that she party and is also extremely expensive. But of course, she just had to throw in some spicy lines. She raps, “Jump in the p*ssy, I love when he killing it. I’m finna ride on this sh*t like a meter.”

I got a model on deck
And she swallow on set
Bougie, so she never following you back

Related Topics:Erica Banks
Up Next