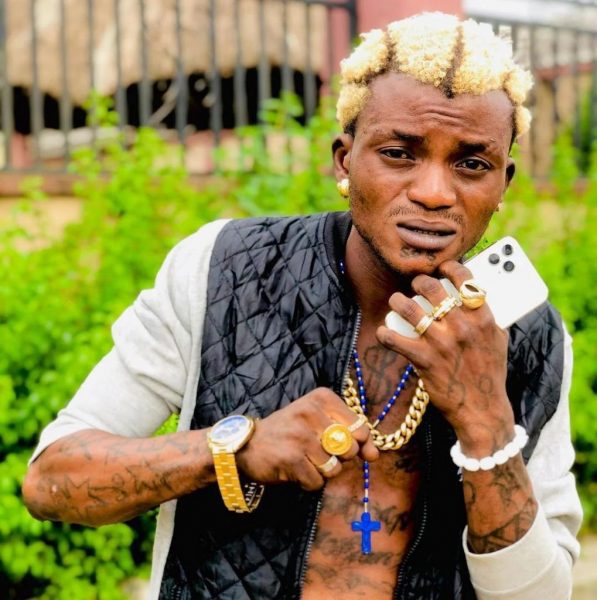 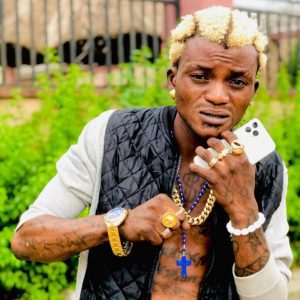 Police Order Portable To Report Himself Over Jungle Justice (Video).

The Nigeria Police Force have ordered a Nigerian singer, Habeeb Okikiola, popularly known as Portable, to report himself over a Viral Video.

DAILY POST reports that Portable was seen in a viral video accusing a young man of sending a message to his ‘wife’, asking her to advise him to stay away from his friends for they had no glory.

In the video, the ZaZu Zeh crooner asked the young man to name his friends whom he was accusing of having no glory.

Without allowing his victim to say a word, the singer asked his boys to beat the helpless guy.

As they pounced on the victim, Portable was heard in the Yoruba language, saying “e luu pa”, that is, “beat him to death.”

Reacting, the Portable was asked to report to the Ogun State command as the incident happened somewhere within the state.

The Ogun State police spokesperson, Abimbola Oyeyemi, while describing the act as unbecoming and barbaric, asked the singer to surrender himself or be declared wanted.

“The attention of Ogun State Police Command has been drawn to a video clip circulating on social media, where a popular hip hop musician, Habeeb Okikiola (a.k.a Portable, the Zazu crooner), was seen organizing some youths to beat up a young man and inflict bodily injury on him. The incident was said to have taken place somewhere within Ogun State about two days ago.

“Such unruly and violent behaviour is not only barbaric, but unbecoming of somebody who is supposed to be a role model for the youths and therefore should not be tolerated.

“In view of this, the Command is using this medium to advise Okikiola Habeeb, a.k.a Portable, to report himself at the nearest police station in Ogun State, failure of which his arrest will be ordered.

“The flagrant display of impunity by Portable in the viral video is condemnable and if not checked, it will send a wrong signal to the youths who are looking up to him as a role model.

“Jungle justice has no place in our laws and whoever embarked on it must be made to feel the weight of the law, no matter the status of such person,” Oyeyemi said in a statement on Monday.

Related Topics:PortablePortable Zazu
Up Next