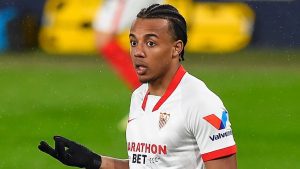 Sevilla have accepted an offer to sell Jules Kounde to Barcelona. According to talkSPORT, the LaLiga side accepted an offer lower than what Chelsea had earlier submitted for the French star. Barcelona are now close to signing the defender from Sevilla after they agreed the deal.

Numerous reports claim the player is now waiting to get the green light before completing a move to the La Liga giants.

The German publication claims the Bundesliga side have already had an offer rejected for their former striker.

But Tuchel blocked the move despite their public row last week.