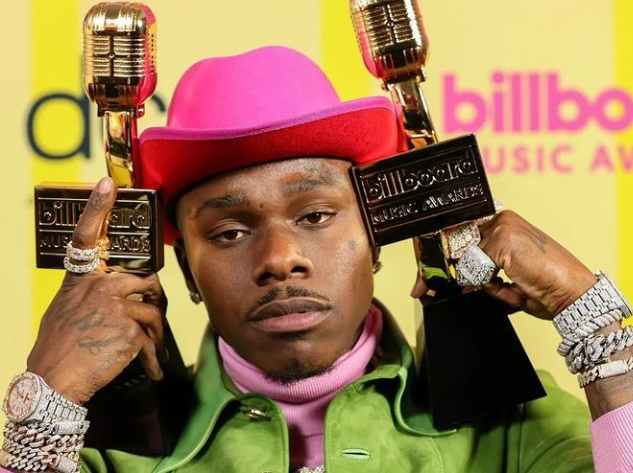 YAWA! As DaBaby Gets Curved After Trying To Kiss Fans, Twitter Reacts.

Despite the ongoing pandemic, many fans and celebrities have found themselves almost locking lips during random interactions. Last week, we saw a fan kiss an unsuspecting Quavo on the cheek. This week, DaBaby tries to lock lips with one of his fans upon meeting them—to which the fan denied.

As a group of fans gathered outside of what appears to be a hotel, DaBaby and his entourage of friends and cameramen stopped to show the ladies some fan love. However, in the video, the group of ladies are all reaching out towards the rapper while stumbling upon one another. One of the women is even heard saying “That’s my baby!!” while pointing to the rapper.

DaBaby holds the fan’s face with both hands while blowing kisses at her, then soon begins to move the air kisses a little closer to the fan’s face, and tries to go in for the kiss. He does this a few times, all of which the fan hilariously curves him by moving her face out of the way.

As always, the clip went viral on Twitter and other socials earlier today, and Twitter’s reactions to the “Suge” rapper’s latest antics did not disappoint. “Wtf he acting like this for,” one user tweeted. “Now he wants her more because of toxic masculinity (laughing emojis)” another user wrote.

Mohammed Hayatu-Deen joins the race for the 2023 General Elections