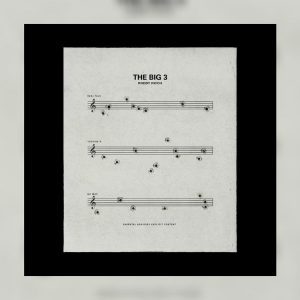 Word on the street is Roddy Ricch is in album mode and fans have been awaiting something new. The award-winning Los Angeles hitmaker has been a favorite in the Rap game and we previously received a hint at new music on the horizon after Roddy showed himself posted up in the studio with longtime collaborator DJ Mustard. The pair are known to make magic together, and they’re hoping to once again climb the charts.

While we wait on a full project, Roddy Ricch decided he should give his fans something to enjoy in the meantime. For New Music Friday (June 24), the rapper dropped off his three-pack EP The Big 3, and it arrives on the heels of the news that Roddy will be joining Post Malone on a three-month nationwide tour.