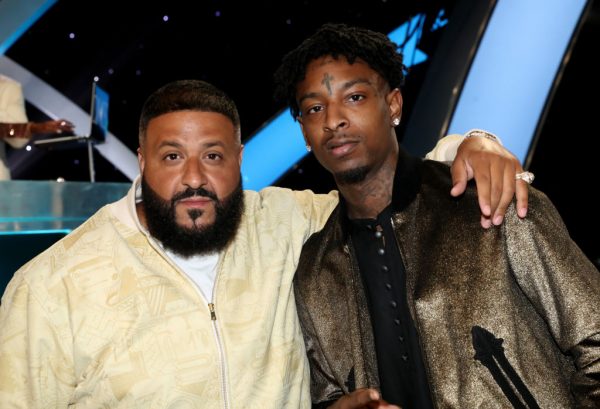 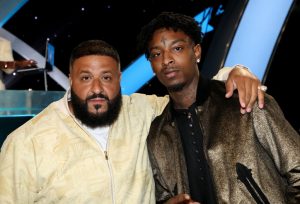 DJ Khaled Shares That He’s In “Album Mode” With 21 Savage.

DJ Khaled has been in the game for over 15 years. He’s produced hits for some of the hottest A-listers like Beyonce, Chris Brown, Lil Wayne, Nicki Minaj, and more. Last year he released KHALED KHALED, a studio album that consisted of 14 tracks with artists like Drake, Bryson Tiller, Justin Timberlake, and other talents.

Now, it seems that the 46-year-old is ready to drop yet another project. In an Instagram post uploaded on May 18, the father of two showed his 28 million followers what he’s been working on.

The first of eight pictures in his carousel showed rapper 21 Savage sitting in front of a mic. His caption read, “WE THE BEST LIKE DJ KHALED @21savage VOICE. Album mode, it’s special!”.

The DJ also included pictures of him and 21 talking to each other, a boomerang of him vibing to an unheard song, as well as an image of him showing off his expensive watch.

This all comes after Khaled admitted that he thinks no one can beat him in a Verzuz battle. When asked who he’d like to be paired against, he responded, “I really don’t see nobody. My catalog is super strong… I mean that with love.” He elaborated further by saying that he’s been in the game for a long time. “You might want to Google it… I’ve been doing this sh*t for two decades. Khaled got hits.”

Are you looking forward to what Khaled’s going to cook up next? Let us know in the comments.