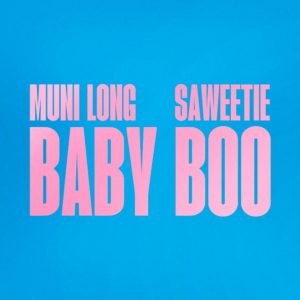 Muni Long is on the up and up, and it’s apparent that she’s going to have a grip on the summer. That’s especially the case with the release of her new single, “Baby Boo” ft. Saweetie. As the title suggests, it’s a record dedicated to those summer flings while Muni Long’s shimmering vocal performance meets Saweetie’s infectious energy and charisma.

The latest from Muni Long arrives after the success of “Hrs And Hrs” which recently became platinum-certified. The single arrives from her 2021 project, Public Displays Of Affection. In March, she followed up the 2021 project with Nobody Knows ft. Bleu and Sukihana.

As for Saweetie, we’re still waiting for the release of her debut album, pretty Bitch Music. We’ll keep you posted on that.

Check out “Baby Boo” below.

Quotable Lyrics
If you look at me, I’m gonna faint bae
‘Cause you got me meltin’ like a popsicle
When I ride, ride, ride like a bicycle
If you a Gemini, then we compatible ‘