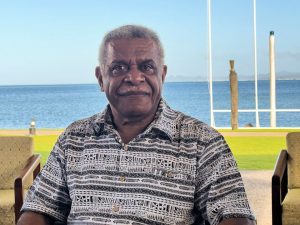 New Caledonia Says It Won’t Be ‘Trojan Horse’ For Big Powers In The Pacific.

The pro-independence president of New Caledonia, a French overseas territory, said he didn’t want New Caledonia to be used as a “trojan horse” in the Pacific islands, amid global power jostling for influence in the region. New Caledonia attended the Pacific Islands Forum meeting in Fiji this week for the first time since joining the peak regional group in 2016, amid debate over geopolitical competition between China and the United States. New Caledonia President Louis Mapou, elected in 2021 as the first pro-independence indigenous Kanak leader, said he wanted New Caledonia to become more visible in the ocean that surrounds it, and emerge from its “corridor to Europe”. The territory is 20,000 km from France.

“No doubt France needs New Caledonia and French Polynesia to defend its Indo Pacific strategy in the Pacific, in the face of the other powers concerned,” he said.

“It is not our project; our project is to become more fully engaged in the region.”

Mapou said Forum leaders had talked about the challenges posed by any militarisation of the Pacific, citing the Solomon Islands security pact with China, and the need for unity as “big powers outside our region are coveting our region”.

France’s increased military interest in the Indo Pacific is impacting its stance on independence for New Caledonia because Paris wants to retain a Pacific presence, he said.

“This is a determining factor and a decisive factor in the discussions we will be having on the future of New Caledonia,” he said, referring to talks with Paris set to begin after a failed independence referendum in December.

The final independence referendum was boycotted by indigenous Kanak, because France refused a request to delay the poll amid the COVID-19 pandemic, significantly impacting on the 96.5% “No” result.

Mapou said the Pacific Islands Forum secretariat had led an election observer group, which found the conditions under which the referendum was held were not respectful.

Pope Says That With Frailty And Age, He Is In New Phase Of Papacy