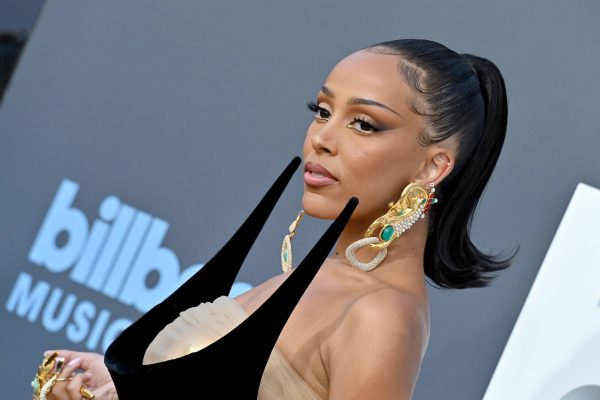 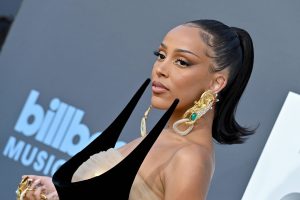 Wiz Khalifa took to Twitter to praise Doja Cat’s look at the Billboard Music Awards yesterday. He tweeted “Wow. Doja ate” and responded to a fan’s fellow praise to shout out her jewelry. “Earrings was ears with earrings in em. Too fire.”

Doja Cat stunned everyone at the Billboard Music Awards in Las Vegas last night with a striking black Schiaparelli dress, gold-toed boots, and the dazzling “ear-earrings” that clearly caught Wiz’s eye. Her outfit has been the source of much love online, but it was also a big night for her at the awards ceremony. She won Top R&B Artist and Top Viral Song for “Kiss Me More” featuring SZA, and was nominated in 14 categories including Top Artist, Top Billboard 200 Album, and Top R&B Album.

Wiz shot his shot here, but Doja wasn’t the only celebrity at the BMAs to receive the Pittsburgh icon’s recognition. He also shouted out Ty Dolla $ign’s look at the awards show with a tweet, saying that Ty “ate as well.”

Ty$ ate as well. My brother killed that shit 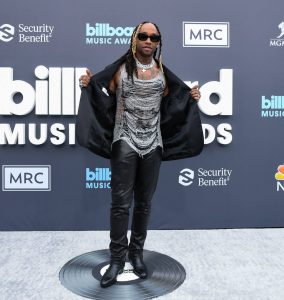 Ty was also looking sharp at the awards show with a sleek black suit, flashy chains, and a silver mesh-like shirt to match. While he was not nominated for any awards this year, it just goes to show that Wiz is holding anybody and everybody up to standard when it comes to fashion.

Doja Cat and Wiz Khalifa haven’t collaborated on a song before, but fans can hope that this shoutout has fruits in the future. Both of their unique energies would make for some great music, and we’ll patiently wait for when Doja compliments Wiz’s fashion sense so that collab can get underway.