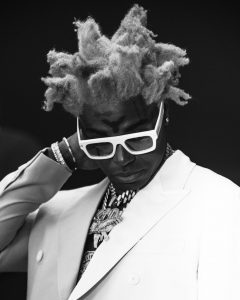 If Kodak Black had a New Years Resolution to not get arrested in 2022, he’s already thrown it out the window. According to the Sun-Sentinel, the 24-year-old was taken in by police in his hometown early on January 1st due to trespassing charges.

Deputies for the Broward Sheriff’s Office have disclosed that they “made contact” with the rapper, whose real name is Bill Kapri, around 1:30 a.m. on Saturday “near the 1600 block of Northwest 10th Drive in Golden Acres,” which is said to be the area in Pompano Beach where he spent his childhood.

Kodak is no stranger to finding trouble with the law, as you can tell from the video above. He was behind bars while President Donald Trump was still in office, and on his last day in the White House back in 2020, the New York-born reality star commuted the recording artist’s prison sentence.

The Florida-born star had served approximately half of his three-year sentence for “falsifying information on a document used to purchase guns in Miami,” which he plead guilty to. In case you missed it, Kodak was arrested in May of 2019 prior to his Rolling Loud Miami performance at Hard Rock Stadium.

When he was taken into custody this morning, the “Roll In Peace” hitmaker was delivered to the Broward County Jail, where he posted bond and was released. Check out his post from his big night out that ended poorly above.

At this time, further details regarding the incident have not been shared by law enforcement officials, but make sure to check back in with 360Hausa later for any updates regarding Kodak Black’s New Years’ arrest.